Elon Musk tweeted on Friday that his US$44-billion cash deal for Twitter was “temporarily on hold” while he waits for the social media company to provide data on the proportion of its fake accounts. Twitter shares initially fell more than 20 percent in premarket trading, but after Musk, the chief executive of electric car market […] Major US stock indexes slumped again on Friday, ending a whipsaw week of surprise earnings news and increased certainty around aggressive near-term interest rate rises, which also pushed them into negative territory for the week. It was the third straight week of losses for both the S&P 500 and the Nasdaq, while the Dow Jones […] Hong Kong stocks sank more than one percent at the start of trade on Friday morning following a hefty sell-off on Wall Street, with tech firms among the worst performers. The Hang Seng Index fell 1.38 percent to 21,693. The Shanghai Composite Index shed 0.54 percent to 3,235, while the Shenzhen Composite Index on China’s […] Wall Street stocks dropped on Thursday in a weak finale to a downcast quarter during which equities retreated on worries about tightening monetary policy and the Russian attack on Ukraine. Thursday’s losses in the equity market came as oil prices tumbled following President Joe Biden’s sweeping announcement of an unprecedented release of oil from the […]

US President Joe Biden on Monday submitted a US$5.79 trillion budget plan to Congress that calls for record peacetime military spending while raising taxes on billionaires and companies and lowering government deficits. Biden’s budget proposal for the 2023 fiscal year starting October 1 lays out his administration’s priorities, including campaign promises to make the wealthy […] Wall Street stocks rallied for a third straight session on Thursday despite a jump in oil prices as markets monitored developments in Ukraine and digested monetary tightening moves by central banks. Petroleum-linked shares had a banner day as oil prices shot up more than eight percent on continued worry about lost crude production from Russia […] Hong Kong stocks soared more than six percent at the start of trade Thursday morning, extending the previous day’s nine percent gains, as investors pile back in after Beijing’s pledge to support markets. The Hang Seng Index jumped 6.69 percent to 21,431. The Shanghai Composite Index rose 1.40 percent to 3,215, while the Shenzhen Composite […]

The S&P 500 closed up more than 2 percent while the Nasdaq rallied almost 4 percent on Wednesday as investors shrugged off initial jitters following the U.S. Federal Reserve’s interest rate increase and its signal that more hikes would be needed to fight inflation, ending the pandemic-era’s easy monetary policy. The central bank announced a […] Wall Street’s major indexes ended sharply lower on Wednesday, extending their recent rout as Ukraine declared a state of emergency and the US State Department said a Russian invasion of Ukraine remains potentially imminent. Earlier, the West unveiled more sanctions against Russia over its move into eastern Ukraine, and Moscow began evacuating its Kyiv embassy. […] Wall Street’s main indexes fell on Tuesday, with the S&P 500 confirming a correction, as the Ukraine-Russia crisis kept investors on edge after Russian President Vladimir Putin recognised two breakaway regions in the country and ordered troops to the area. The S&P 500 ended down more than 10 percent from its January 3 closing record […] 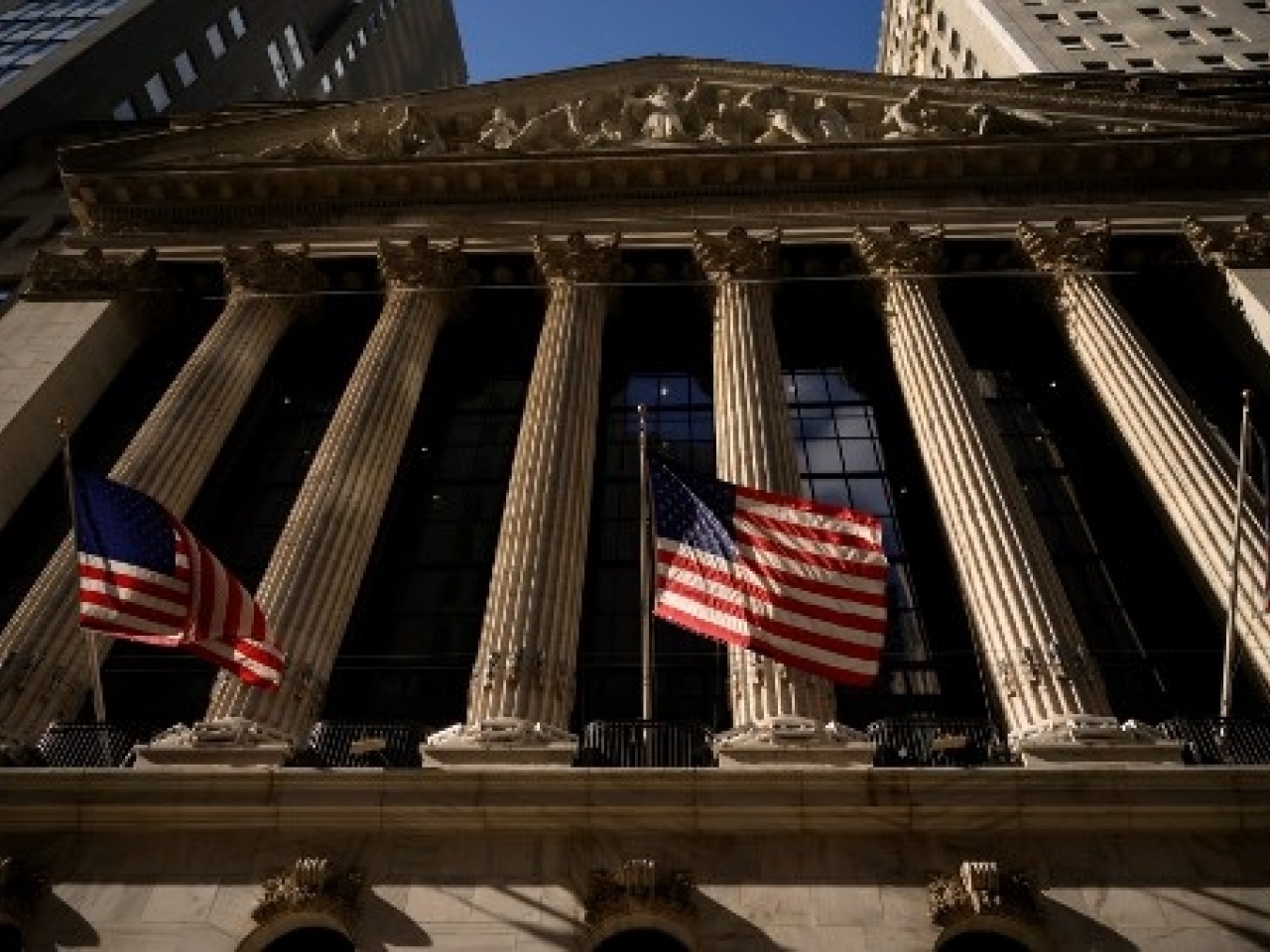 Wall Street stocks concluded a rollercoaster week on a positive note on Friday, rallying after strong Apple earnings and data suggesting a moderation in inflation in December. The Dow Jones gained 1.7 percent to 34,725. The S&P 500 advanced 2.4 percent to 4,431, while the Nasdaq jumped 3.1 percent to 13,770. After opening lower, stocks […] Shares in Hong Kong surged more than three percent on Thursday as the mainland’s moves to ease monetary policy provided a huge boost to tech and property giants. The Hang Seng Index rallied 3.4 percent, or 824 points, to 24,952. But the Shanghai Composite Index fell 0.1 percent, or 3 points, to 3,555, while the […] China’s economy grew 4.0 percent in the fourth quarter from a year earlier, faster than expected but its weakest expansion in one-and-half years, National Bureau of Statistics data showed on Monday. Gross domestic product (GDP) had been forecast to expand 3.6 percent from a year earlier, according to a Reuters poll of analysts, slowing from […]

HONG KONG, Jan 10, 2022 – (ACN Newswire via SEAPRWire.com) – EC Healthcare (the “Company”, which together with its subsidiaries is referred to as the “Group”, SEHK stock code: 2138), the largest non-hospital medical group in Hong Kong*, is pleased to announce that the Group expects to achieve a record-high sales volume in the period […] US stocks ended down sharply on Wednesday after US Federal Reserve meeting minutes signalled the central bank may have to raise interest rates sooner than expected. The S&P 500 and Nasdaq quickly extended their declines after the minutes, which investors viewed as more hawkish than they had feared. The Dow, which hit a record high […]