Hong Kong, June 14, 2022 (GLOBE NEWSWIRE via SEAPRWire.com) — The NFT space used to be about “just art” and investors would be razzed about “buying a JPEG”. Pipl World is breaking that mold and ushering in a new era of impact and meaning with its quirky, comic-style art encompassing a variety of themes. It’s a breath of fresh air in this space because of its focus on making a real positive impact in broken places around the world.

“Pipl World” is aptly pronounced “people world” because it’s a community made up of individuals who actually give a… “care” about the world and the people in it. Investments, communities, art, and philanthropy are colliding in a beautiful way within the Pipl World ecosystem.

Let’s dive into what this “pipl-world” project is all about. 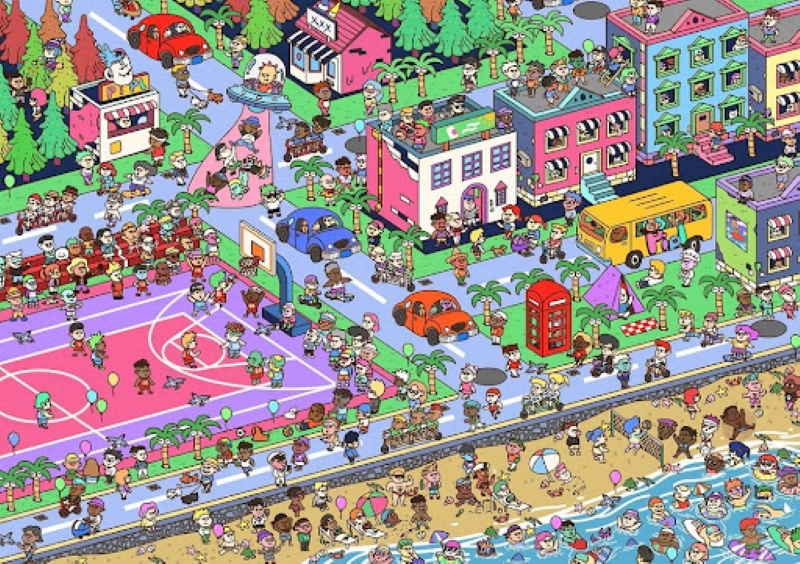 You can still sign up for their WL here: https://www.premint.xyz/pipl-genesis/

While there is a financial aspect to NFT projects, the NFT space has outgrown the one-dimensional label of “investment vehicle”. The market has grown such that it’s now not enough to be a cool picture with a catchy theme: people have recognized that NFT technology has the power to actually create real and lasting change for the better in the world.

Pipl World is leading the charge in creating this positive aspect by supporting and championing causes in the space with both their finances and their time. By donating a generous amount of project capital to established and reputable charities like givedirectly.org, an organization that allows givers to directly help lift families above the poverty line and is able to achieve 89% efficiency (they’ve delivered $0.89 per donated dollar directly to recipients, which is HUGE), Pipl World is going after radical, real, and positive change for the people of the world. Other partners in giving include Amazon Watch and Ecologi, with whom Pipl World is also partnering with to co-host “in real life” events to further their goal of making the world a better place. More charities will be chosen by the community to be supported through both partnerships and money in the future.

Individuals can do a limited amount of good on their own, but a group of people can accomplish an amount of real, lasting change in the world that is mind-boggling. The Genesis collection of Pipl World is a diverse group of generativity created art that is made up of over 300 traits, but each one “fits” in the collection, creating a sense of unity. Diversity is welcome and encouraged, creating a beautiful group of people that join as one behind charities and other positive organizations. We’re all in this together!

Through joining very different people together behind a common positive cause, the Pipl World community is setting itself up to solve some of the most pressing issues facing the world. Pipl are powerful when they work together, and today’s NFT technology is allowing that to happen deeper, more frequently, and more transparently than ever before.

Pipl.world is just getting started. This isn’t a one-and-done, flash in the pan project, but rather a project that will work with a broad swath of different charities and NGO organizations from all over the world. As the community grows, more tokens by different artists will be created and dropped to the benefit and delight of holders and collectors. In these subsequent drops, original Genesis holders will enjoy benefits like priority access and automatic whitelist spots.

Holding a Pipl World token means having a say in the charities and activities that the project pursues for the common good of ALL people.

Gatherings in locations all over the world to co-host charity events, a potential holder-only token, and multiple varieties of NFT drops are all on the roadmap for the Pipl World community, making the future of the project bright indeed. Joining an NFT project like Pipl World is one of the most fun, engaging, and (while this is not financial advice), potentially rewarding ways to join with a like-minded and diverse group of people pursuing the creation of GOOD in the world. We’ll see you in the Discord!