COVID forced a single dad of two and a former full-time musician to go back to work in construction to make ends meet. But he never gave up his love of music. Furthermore, he never gave up having a heart for other people in times of need. With the emergence of war revealing Ukrainian tragedies, Gino Gerussi took action. He again makes headlines as he uses his voice for a positive impact.

During the shutdown, a video of Gerussi singing went viral. His version of ‘Just in Love with a Girl’ by legendary jazz songwriter Miles Black was a hit. The footage was a welcome uplift from British Columbia’s ‘crooning construction guy.’ He now casts a bright light on another challenging crisis; he bedazzles people with his vocal gift for Ukraine. 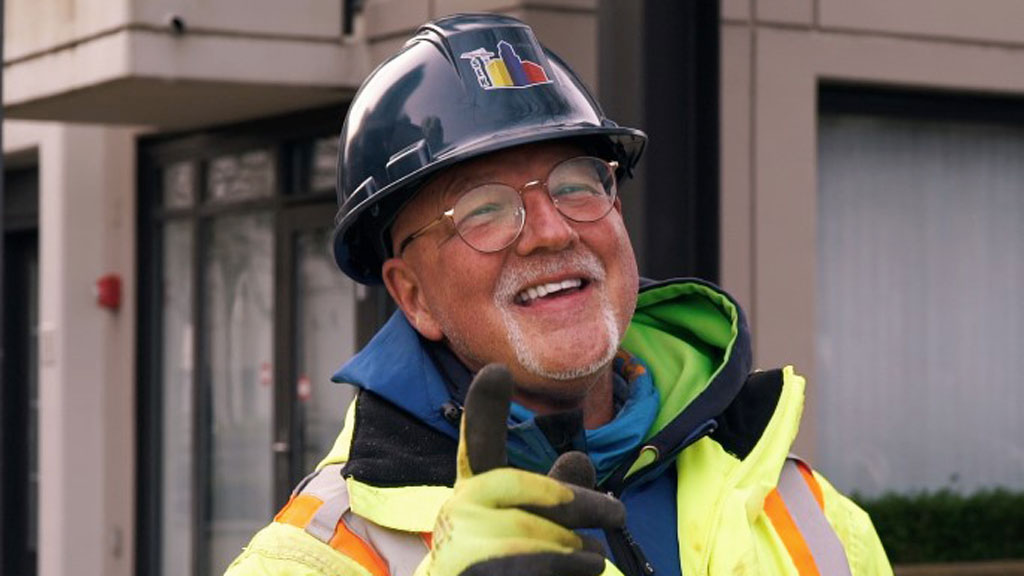 Utilizing his voice and musical skills to impact others, Gerussi rewrote “Why Can’t We Live as One.” a song inspired during the ravages of Afghanistan wartime. With a heart of gold, this father felt his heartstrings tugging. He knew he must do something for the Ukrainian people. He couldn’t stop reflecting on the song he wrote many years ago but had never released. He reworked the lyrics and remastered every instrumental piece to finesse the music. This message had to be just right to serve the people of Ukraine, to serve the world during times of war.

Gino Gerussi, who has a cover band called Dance Mob, has had a long career in entertainment. As a kid, he worked at the family’s music store. He played drums at age five, took opera lessons at twelve, and piano lessons at sixteen. He even played drums with his father’s band at closing time when his mother took him with her to pick dad up from his gigs. Entertainment runs in his blood. He is the nephew of actor Bruno Gerussi, star of CBC’s long-running The Beachcombers series. Collectively, Gerussi has been producing music for over 40 years.

To help, The Keep Smiling Movement, a mental and dental health nonprofit, came on board. They are the fiscal sponsor accepting donations for the song. These donations go to the Ukrainian people for food, medical supplies, and more. The movement has contacts at the Ukraine-Slovakian border. These officials will ensure that the much-needed supplies are in the right hands.

Gerussi’s video song is presented by Starwire.io, a decentralized entertainment financier. ‘Why Can’t We Live as One,’ can be viewed on YouTube at the Keep Smiling Movement channel. Additionally, Gerussi is represented by M & D Entertainment Consultants. These two organizations introduced Gerussi to the nonprofit accepting donations on his behalf.

“If the song’s message of love is shared enough, it might be the catalyst of hope we all need to live in peace,” said Gino Gerussi.

For more information about The Keep Smiling Movement, contact the company here: